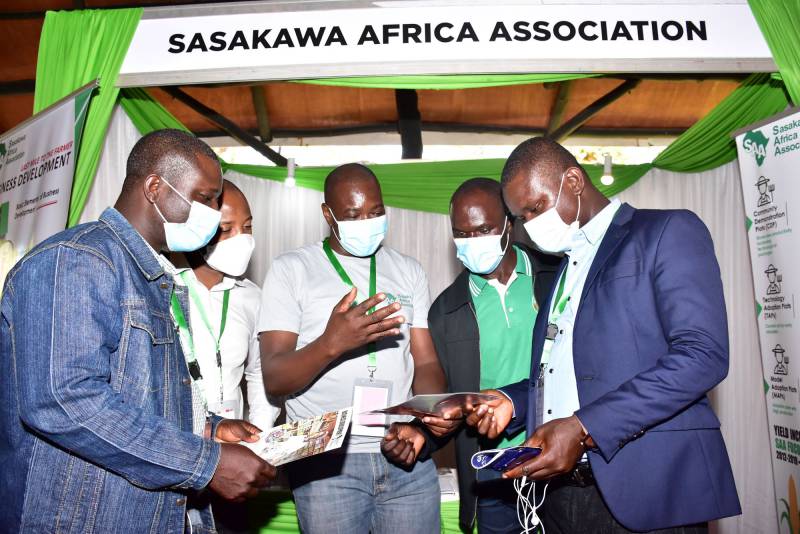 The 2021 African Seed Trade Association Congress was held in Kenya – Mombasa at Diani Reef Hotel from 27th – 30th September 2021. AFSTA is a not-for profit association formed in the year 2000 to take lead of the private seed companies and Regional Economic Community blocks in seed related matters in Africa, but it has seen its wings grow beyond the African Continent. To date, the Association has over 110 members comprising of seed companies, National and Continental Seed Trade Associations, all over the world.

Sasakawa Africa Association’s (SAA) participated in the congress by holding an Exhibition both,  where presented and showcased its interventions that has improved the livelihoods of thousands of farmers in Africa.

AFSTA 2021 cemented the way to create and strengthen alliances with key actors in agriculture.

Its notable that linkages made during AFSTA 2021 are already taking shape with SAA country teams in Ethiopia and Uganda already contacted by seed companies and Regional Director already in talks with Valley seed-CO, CIMMYT, HYTECH SEED INT., SIMLAW SEEDS for possible collaboration.

The AFSTA Congress 2022 will be held in Djerba, Tunisia from 28 February to 3 March 2022 as per to the organizers.