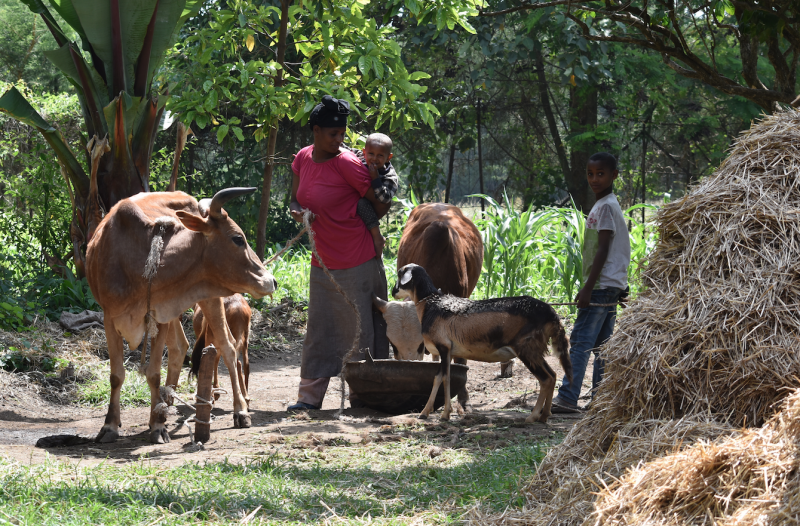 The Sashemene Association of Persons Affected by Leprosy is supported by the Nippon Foundation, and the Sasakawa Africa Fund for Extension Education (SAFE) as part of the initiative and rationale behind cooperation and selection of user friendly agricultural enterprises for Farmer Based Organization (FBO) members with special needs. In Kuyera, located just north of the main Shashemene town some 260 km south of the Ethiopian capital, this association had been granted 1.5 acres of land by the municipality way before SAFE Farmer Based Organizations (FBOs) program got in touch with them in mid-2015.

The association benefited from of a grant of 186,000 birr (then around 9,300 USD) as part of the FBOs revolving fund scheme. They had already been running livestock fattening and apiary as their area of interest taking into account that it is also an activity not rigorous to the physical conditions of leprosy patients.

According to its chairman Demise Derso, the association long faced technical and organizational gaps until SAFE intervened. He said: “Even if we were established, secured the land and office in 1998, we only entered into activities to support our members and generate income in 2008. Yes, we have long had other external and local allies mainly through our national association. Yet, it is only since Sasakawa came that we have made a tremendous progress. First, Sasakawa injected finance in the form of revolving fund for our fattening venture. In addition, SAFE trained us on technical capacity building like selection of breed, feeding techniques, feed preparation, etc. It also injected finance to our apiary project, maintaining and upgrading as well our apiary house. Our members have also been given `Training on Apiary Enterprise`. The third was credit or revolving loan scheme with initial amount of 50,000 birr (US$2200). This has enabled our members engaged in farming to have loan access and start up a profitable enterprise.”

One member who has benefited from such a revolving loan scheme is Weinshet Urgessa. Weinshet came to Kuyera for medical treatment from Ambo town in Central Western Ethiopia when she realized her ailment was leprosy. But once in Kuyera where there is the main specialized center of the country for the disease, she had already made up her mind that she would not go back to her place of birth and upbringing because of all the negative stereotypes and stigma associated with leprosy. Weinshet now calls the Kuyera village in the outskirts of Shashemene home, and happily married with two children. The young mother lives next to her farm where she is engaged in two small enterprises thanks to the revolving fund scheme she was able to access from SAFE FBOs project. She is engaged in small scale livestock fattening and poultry. Interestingly, she uses the disposable output from her additional trade of distillery of the traditional liquor “areke” as a source of feed for the fattening. Weinshet now leads a stable life, saying: “I call this home sweet home, forgetting even whether I grew up or lived elsewhere ever before.”