“My income and livelihood have improved” 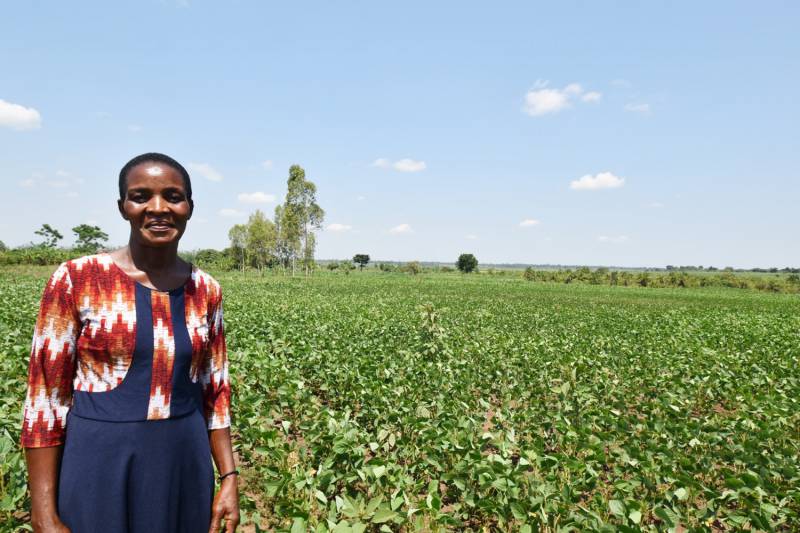 
The Bulunguli Farmer’s Multipurpose Cooperative is located in the Iganga district of Uganda. A needs assessment was conducted in 2016 as part of an agreement between SG 2000 Uganda and the Ministry of Agriculture, together with the International
Fund for Agricultural Development (IFAD), during which many farmer groups requested capacity development in oil-seed crop production. SAA worked with eight of these farmers’ groups to form the cooperative, and to support them by delivering relevant
training in soybean production and value chain management.

The cooperative incorporates eight groups and boasts a total of 316 members and eight board members. Working across the value chain, the cooperative, which is mainly engaged in the selling and multiplication of soybean, also engages in value addition by making confectionery using cassava and soybean. To enhance market linkages and connections, the group also explores opportunities in grain markets in Kenya and Rwanda, as well as Uganda.

Members of the cooperative receive 100 kg of soybean seed on credit, and are encouraged to double this original investment by growing at least one acre of soybean per season. At the end of each season, members are provided with eight gunny sacks to be used for bulking.

The chairman of the cooperative, Buyinza George, reflects on some of the tangible achievements. “From April to July last year, we planted 117 acres of soybean for seed, and bulked 106 tons. In September through to December, we planted 125 acres for
seed and harvested 169 tons. We earned a collective revenue of UGX 35,760,000 (about $9,710) from sales and loan repayments made by members. We are now encouraging other farmers to engage in seed production, because seed has more market value than grain.”

As part of the training provided by SG 2000, members were able to benefit from effective practices in oil crop production, and gained an insight into the value chain and marketing.