“ By participating in the project, I have gained new skills and knowledge on how to apply improved agronomic practices” 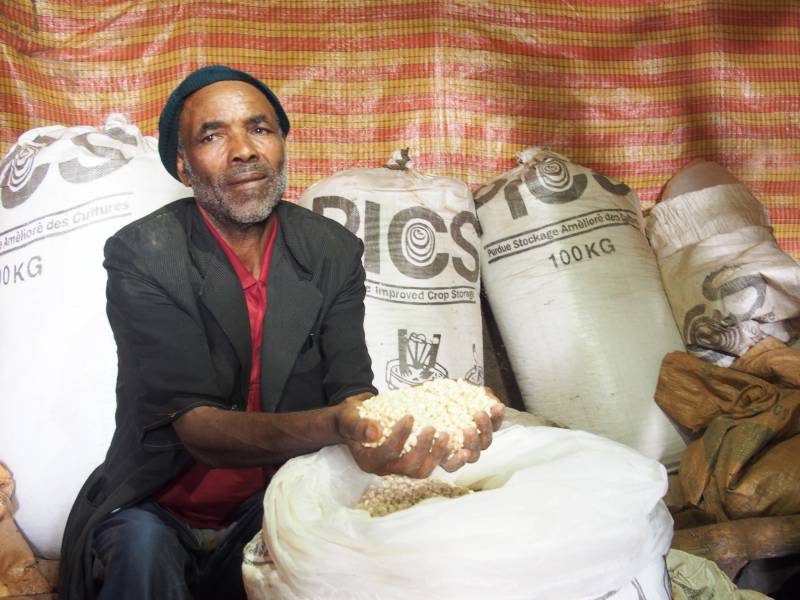 Ato Tesfaye Andualem is a smallholder farmer from the Womberma Woreda in the Amhara region of Ethiopia. Despite owning three hectares of land on which he grows the BH660 maize variety, Ato Tesfaye produced 4.5-5MT/ha due to inefficient agronomic practices. Moreover, Ato Tesfaye previously sold his grain immediately after harvesting, which is when prices are typically low.

In 2018, SAA Ethiopia introduced the AGRA funded IMPACT project, which seeks to improve market-led production of designated commodities in order to improve the income and food security of smallholder farmers. The project was rolled out in two regions, and Ato Tesfaye was one of the many hundreds of farmers who participated in the project.

Farmers participating in the project were able to benefit from preseason training, demonstrations of improved crop varieties, good agronomic practices, and farmers’ field days. During the latter, Ato Tesfaye learnt that the productivity of improved maize varieties, such as BH546, was close to 6.7 MT/ha in his neighbor’s field. This is much higher than the yield he used to obtain, and he therefore decided to grow the BH546 variety in his own farm plot.

“By participating in the project, I have gained new skills and knowledge on how to apply improved agronomic practices, and select improved varieties to increase yield and income,” comments Ato Tesfaye “I feel motivated in applying the new farming practices I’ve learned.” 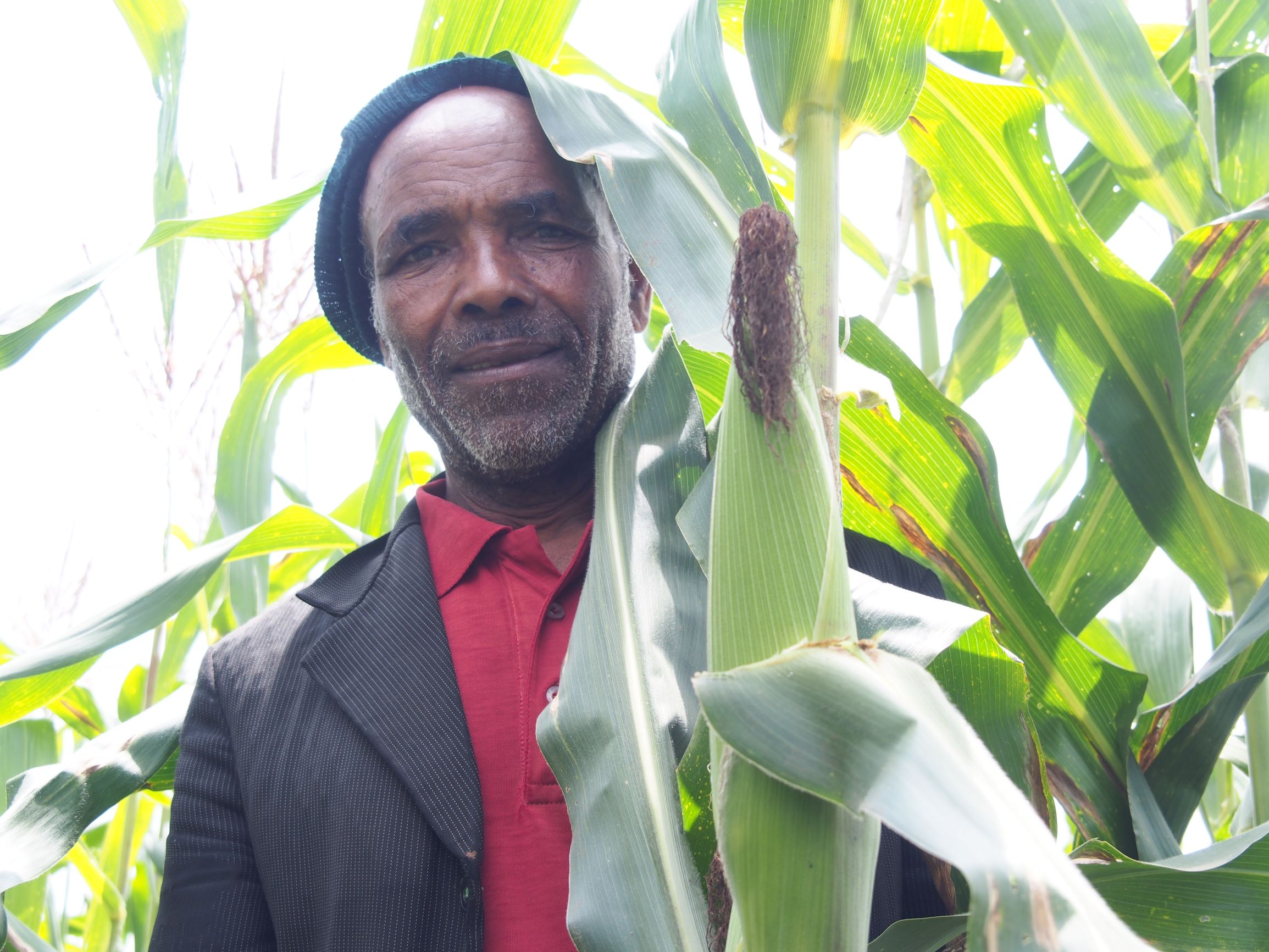 To this end, he increased the amount of farm land allocated to maize and planted half of his land area with BH546 in the production season. According to Ato Tesfaye, the performance of BH546 in his field is outstanding and several farmers who visited his plot were inspired by the variety and practices he followed.

Ato Tesfaye also learnt about the use of PICS bag, which he uses to procure and store his surplus maize grain to sell in the lean season: ‘’keeping maize for such a long time without any loss is amazing! I am lucky to participate in this project, and storage and marketing for my surplus produce is no longer a challenge.’’

Ato Tesfaye now owns 10 PICS bags, a knapsack sprayer, as well as other farm machinery and continues to seek innovative and productive methods of cultivation for increasing productivity and income from his produce.

“Participation in the IMPACT Project has helped me and my neighboring farmers reassess our practices, and to reduce postharvest losses,” Ato Tesfaye explains, “the adoption of improved maize production practices and grain storage technologies demonstrated by SAA has greatly increased my productivity.’’

Voices from the Field