“SAA has built my capacity, and I can now train fellow farmers” – A story about how good agricultural practices introduced by SAA improves livelihoods 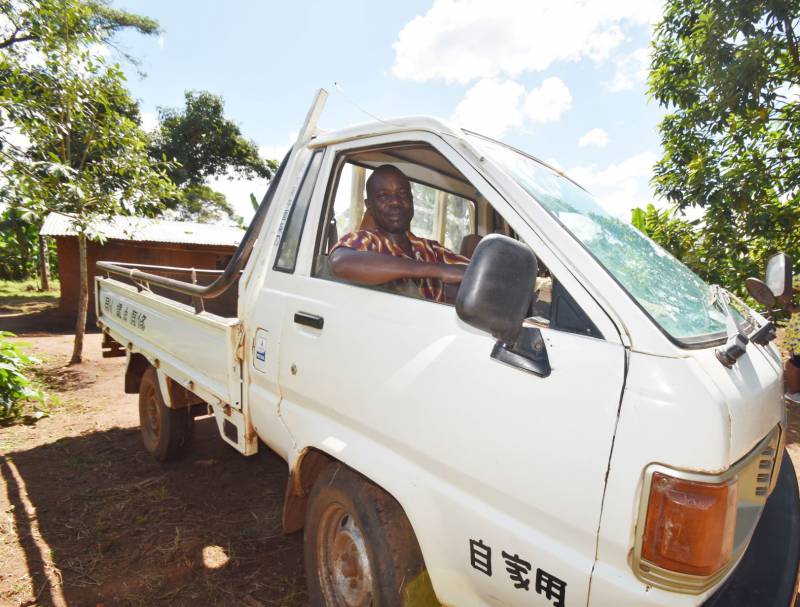 Henry Sebyala, a father of five living in the Nakaseke district of Uganda, has seen his productivity and income increase as a result of Sasakawa Africa Association (SAA) interventions. Henry was also selected to host various demonstrations as part of collaborations between the Nakaseke District Local Government and SAA.

“I ventured into commercial farming as far back as 2002,” Henry explains “Back then, I mainly cultivated beans and maize on about two acres of land, respectively. However, the process was tedious and earned me barely enough money to provide for my family. I relied on traditional farming methods, and production was inadequate.”

“SAA trained me on the best farming practices, climate resilient technologies and selected me to host the climate cmart village. SAA also supported me in acquiring an irrigation system by linking me to equipment suppliers, installing the irrigation system, and providing technical backstopping. With the irrigation system in place, I am able to grow tomatoes, eggplants, pumpkins and cabbage all year round on four acres of land on a crop rotation basis.

“Currently, I am growing vegetables on two acres of land while the remaining two acres rest for soil recovery. In the second season of 2018, I made $514.24 from horticultural products, which enabled me to acquire a small truck to transport my produce – farmers in my community sometimes hire my truck at $19.17 for a return journey. I was also able to repay a loan I got from the Namilyango Twekembe Farmers Saving Group.”

By adopting good agricultural practices, Henry is able to pay his children’s school fees and the increased income has motivated him to purchase additional land to expand his vegetable production.

Henry has ambitious plans for the future “SAA has built my capacity, and I can now train fellow farmers on climate smart technologies. Farmers in my community have realized the benefits of climate smart practices and adopted them. I have linked farmers to suppliers of irrigation equipment. Looking to the future, I hope to establish a nursery to sell seedlings, acquire more land and establish an agricultural learning centre.”

Voices from the Field