[A Student-Correspondents’ Report -vol.1] “Challenges in the Field and the SAA Approach. - An Example of Wheat Rust Disease.” 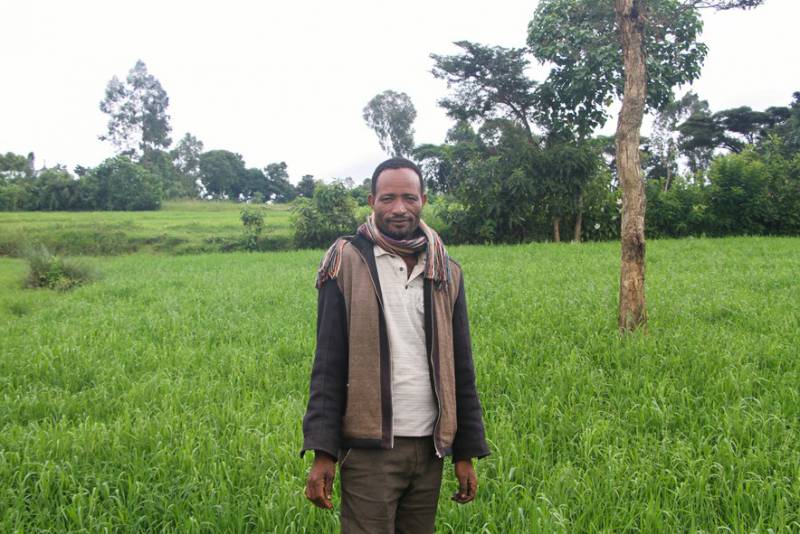 Getachew and his wheat plot

Ethiopia is one of the largest wheat producing countries in Sub-Saharan Africa (SSA), and the wheat production supports the food and nutrition supply for many people. In recent years, Ethiopia has faced frequent outbreaks of wheat rust disease, putting grain production at risk. Therefore, in order to observe the current situation and SAA's response, I visited two kebele in Angacha-woreda, SNNP region on September 8-9th, 2021 and conducted household interviews with several farmers.

Getachew Erkaro, one of the SAA CDP (Community Demonstration Plot) host farmers in Shino Funamura kebele, suffered from wheat rust disease in 2020. The yield of wheat decreased from 1400 kg/ha in 2019 to 1000 kg/ha in 2020 (approximately 29% reduction). He had previously adopted Ogolcho (ETBW5520), a high-yielding, rust-resistant variety released in 2012, but replaced to Daka (ETBW7638), a higher-yielding, more rust-resistant variety released in 2018, under SAA program in response to rust.

SAA is working with the local development agents (DAs) and introduces different new wheat-rust resistant varieties to farmers in the Farmers Training Center (FTC). In the FTC, a farmer-participatory variety selection program is being conducted using community variety plots (CVP). The varieties distributed by SAA are recently released seeds from research centers. Farmers often gather at the FTC to discuss and to evaluate traits such as growth and adaptability, grain and biomass yield, and disease and pest resistance of each demonstrated variety. After participating in this program, farmers will choose the varieties to be planted in the next season. 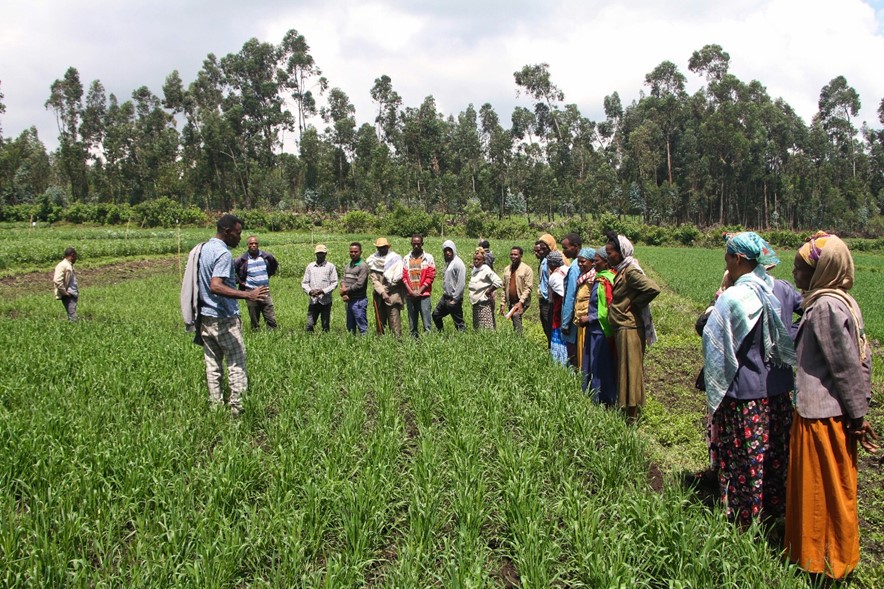 Inside FTC compound DAs demonstrating wheat varieties and other practices

To prevent wheat rust disease, it is not enough to introduce new varieties. The management practices and pesticide applications are also important. Therefore, SAA is also promoting practices like line planting, crop protection, intercropping and integrated pest management practices (IPM). Previously, farmers have used the broadcasting method with high seed rate, causing overpopulation of plants. Broadcasting seeds not only reduces grain yield due to inter-plant nutrient and photo-competition, but may also trigger and spread wheat rust disease outbreak due to high humidity in plants. Moreover, line planting requires less amount of seeds which reduces production cost for the farmer.

Although adopted not only Ogolcho but also a non-improved local variety, Tesema Heramo, one of the CDP host farmers in Kerekicho kebele, obtained a yield of 2133 kg/ha using line planting, quite high for SAA target farmers in 2020. In addition, this year he is working on growing two improved varieties of wheat, Ogolcho and Wane (ETBW6130), disease-resistant and better seeds quality, to make it more resilient to the climate changes. 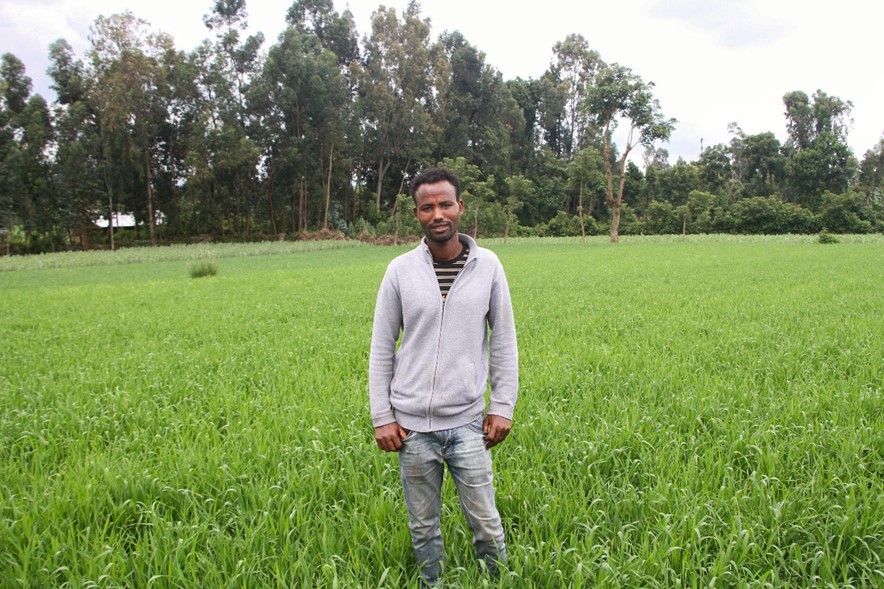 Tesema and his wheat plot with line planting

In conclusion, the agricultural environment is changing rapidly, and it is necessary to quickly identify and support problems in the field. In addition, it is important not only to disseminate one technology, but also to use various approaches to solve the problems. In this way, SAA is committing to improve the income and nutrition of small-holder farmers.

Kazuki Takase: Graduate School of Agricultural and Life Sciences, The University of Tokyo