[A Student-Correspondents’ Report -vol.2] “Challenges in the Field and a New Strategic Plan. - An Example of Soil Erosion in Ethiopia.” 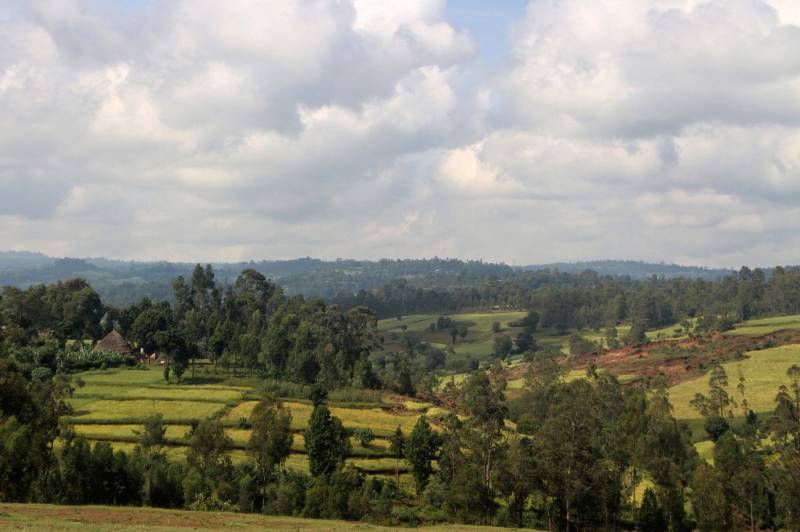 A village in Angacha-woreda, the damage of soil erosion can be observed. (Oct.15 2021)

In September 2021, Sasakawa Africa Association (SAA) has released a New Strategic Plan (2021-25) to overcome the rapidly changing challenges on the field and to achieve sustainable agricultural production and development in Africa. In this report, I will discuss the soil erosion problem in Ethiopia, the current approach, and what SAA should do in the future, which is one of the reasons why the first pillar, "sustainable, resilient, and regenerative agriculture to improve soil health and increase productivity" was established.

Ethiopia is one of the most severely affected countries in the world by soil erosion. Soil erosion occurs as water (mainly rain) or wind destroys the soil structure and transports it to other areas. The former one is a major factor in Ethiopia where the terrain is very rugged. There are mainly two types of problems caused by soil erosion. On the one hand, there are on-site problems, such as the collapse of land itself due to the erosion, and the loss of soil fertility due to topsoil runoff. On the other hand, off-site problems include water pollution in rivers due to runoff, and sediment accumulation downstream.

Soil erosion has actually affected all of Ethiopia. In general, soil erosion in Ethiopia is said to be most severe in the northern regions, Amhara and Tigray, and in the eastern regions, Afar and Somali. However, the damage is also steadily progressing in other areas, for instance, Angacha woreda in SNNP region and Ana-sora woreda in Oromia region where SAA is intervening. According to Mr. Tesama, an extension worker in Angacha woreda and a partner of SAA, soil erosion in Angacha woreda is an important issue. He said that soil erosion has been observed in the past, but he feels that it has become more severe due to the increased variability in rainfall. Farmers also are getting aware of the importance of these issues through training by SAA and extension agencies. 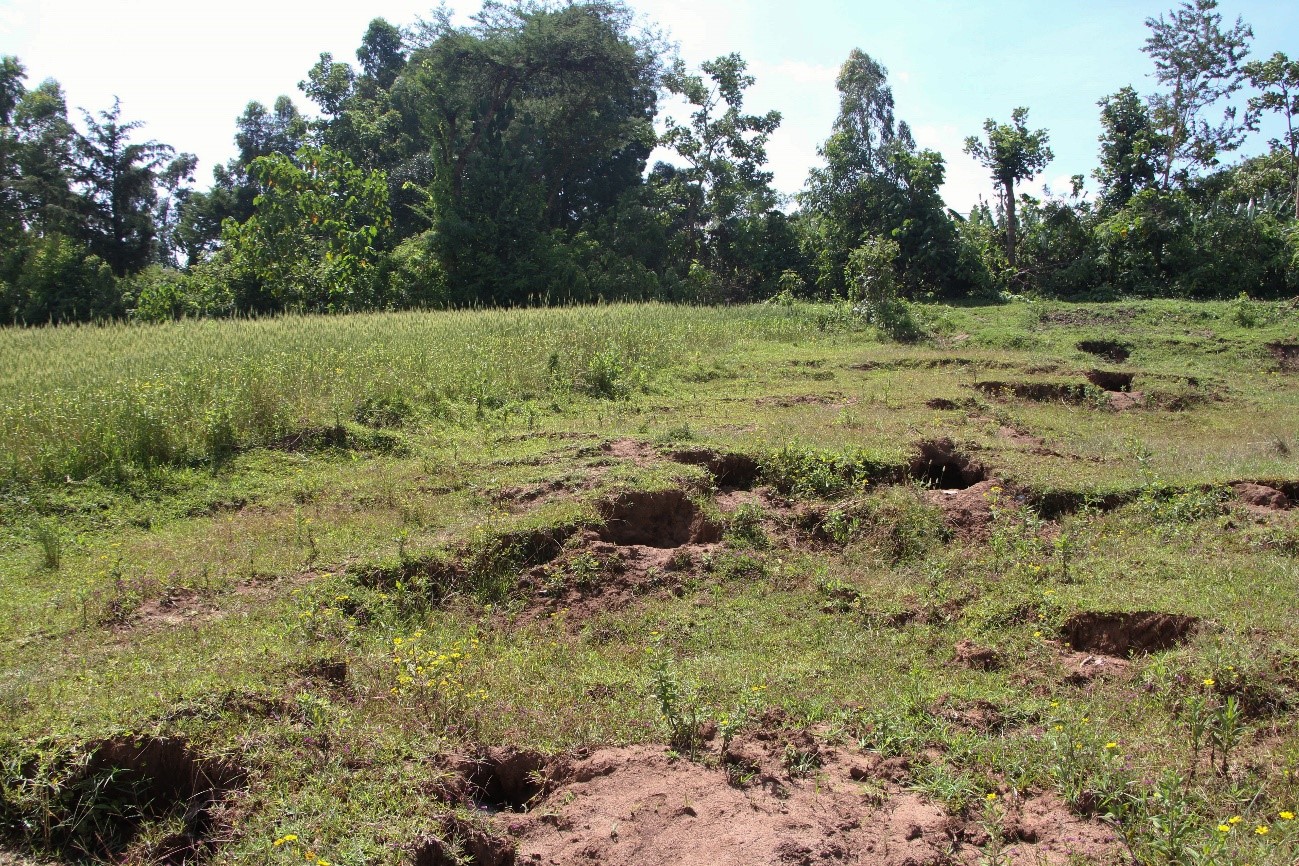 Near the plot of SAA target farmer, small erosion is forming gullies. (Oct.15 2021)

Currently, SAA is promoting contour cultivation, terracing, cover cropping, mulching, and drainage channels through farmer-participatory demonstration plots as effective measures to tackle this problem. For instance, by sowing crops in the direction of the contour lines, the crops create a wall that prevents soil and nutrients from flowing down away. Cover cropping and mulching are also effective in preventing soil runoff, improving water retention, and increasing organic matter by covering the soil with vegetation and residues. In addition, agroforestry, livestock enclosures, and applying soil improvers are effective methods, although they are not yet included in the SAA program. Under the new strategy specifying environmentally friendly agriculture, all methods appropriate to the field will be considered. 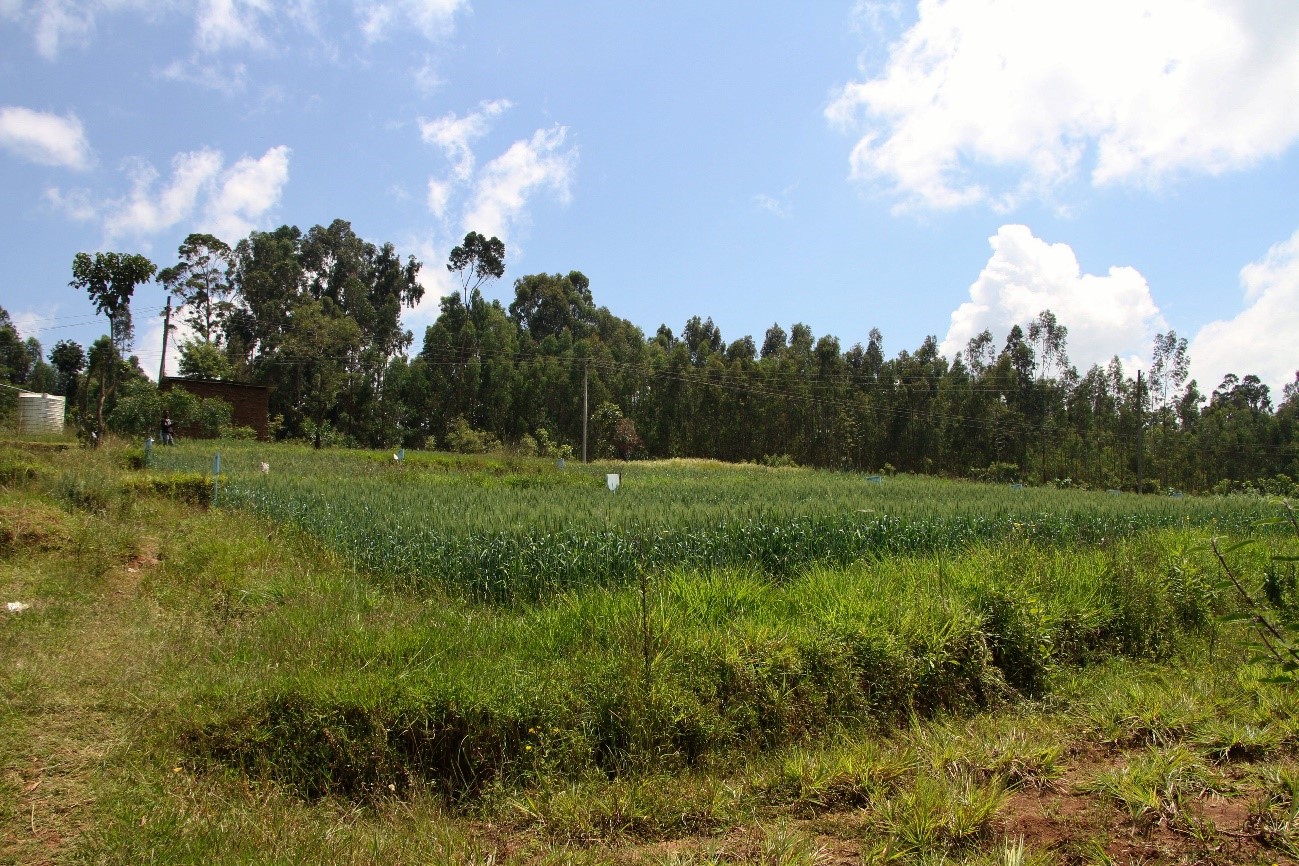 However, there are various obstacles to the actual adoption of such technologies by farmers. For example, it is difficult to get farmers to understand the benefits of this type of environmental conservation practices because they cannot see the benefits in a short period of time and because the benefits seem smaller than the costs of adoption. The lack of incentives for adoption because of the land tenure insecurity, a unique problem in Ethiopia, and the lack of labor and capital are also critical factors. Therefore, SAA will take advantage of its close relationship with the extension system, accumulated over the past 28 years to quickly and accurately identify the challenges and constraints, and will adopt an effective approach.

For me, it seems that there is a contradiction between productivity enhancement and conservation agriculture, considering our history. As the leading extension organization in Africa, SAA should explore concrete plans to ensure that farmers in developing countries do not simply lose the opportunity costs that they would have received if they had followed the same growth as those in developed countries (e.g. mechanization, increased use of chemical fertilizers, etc.). SAA-HQ and country offices are now moving forward to overcome this tough challenge and to realize a new era of agricultural support.

Kazuki Takase: Graduate School of Agricultural and Life Sciences, The University of Tokyo