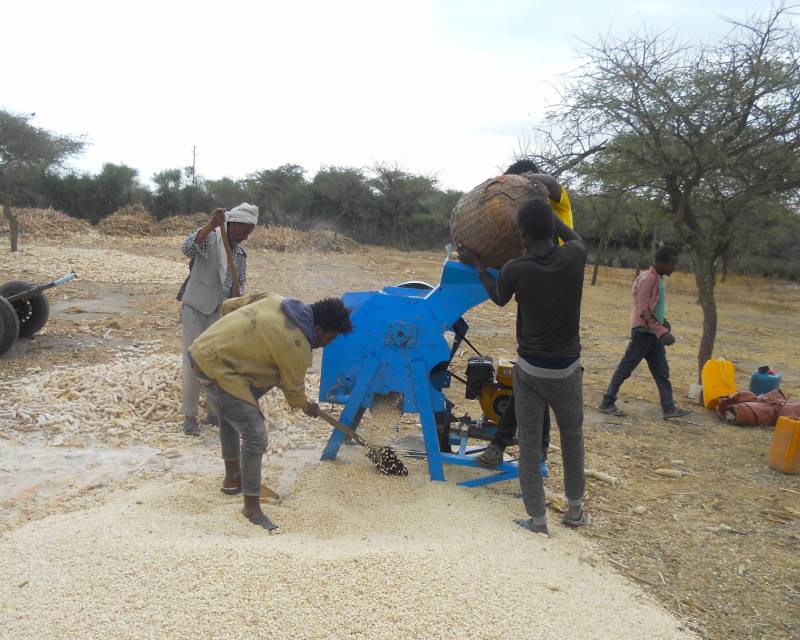 Traditional threshing is one of the major activities in the postharvest system which is very tedious and labor intensive and contributes much to the overall postharvest losses in Ethiopia. It involves pounding, beating and animal trampling. In addition to the quantitative losses that occur during threshing, it compromises the grain quality as the grain gets mixed with sand, soil, dirt and other impurities on the threshing floor. Feeding by the trampling animals, kernel damage/breakage, wastage through incomplete threshing, etc. are some of the quantitative loss factors related to the traditional practice. In general, conventional threshing is characterized by drudgery, human and oxen labor intensiveness, time taking, low grain quality and high grain losses. This calls for alternative ways of threshing/shelling methods that are faster and efficient.

Cognizant of the situation, SAA initiated demonstration of different postharvest technologies in 2003 to reduce postharvest losses and maintain grain quality for better market access and price. As a result, a mechanical cereal crop thresher was introduced from the International Institute for Tropical Agriculture (IITA), Nigeria, and modified in collaboration with Selam Technical and Vocational College (STVC) for threshing small cereal crops such as teff, millet, sorghum, wheat and barley. Locally, the Bako maize sheller was selected and modified in collaboration with AGE-Engineering Metal Works for its simplified engine attachment. Then, the technologies were introduced to pilot districts producing surplus cereal crops such as teff, maize and wheat. The mode of intervention involved taking the machines to the targeted areas and demonstrating for the communities to observe and understand the advantages of the technologies.

The result of the demonstrations was very successful in some *belg  growing areas of Shashemene district and its surroundings. Further, promotion of the technologies continued by providing a multi-crop thresher machine to a young and observant entrepreneur on terms of a partial credit. After obtaining training organized by SAA-Ethiopia on the operation and maintenance of the machine, the young entrepreneur together with his brothers served the two neighboring districts of Shashemene and Negele Arsi by threshing crops on rental basis. The service provision by the entrepreneur took place within the same year of demonstration and his acquiring of the thresher machine. In five years, the diffusion of the mechanical cereal crop thresher boomed in Shashemene district. Since 2-3 years’ time of its introduction there has been no use of oxen for threshing teff and adoption is 100% in the area. 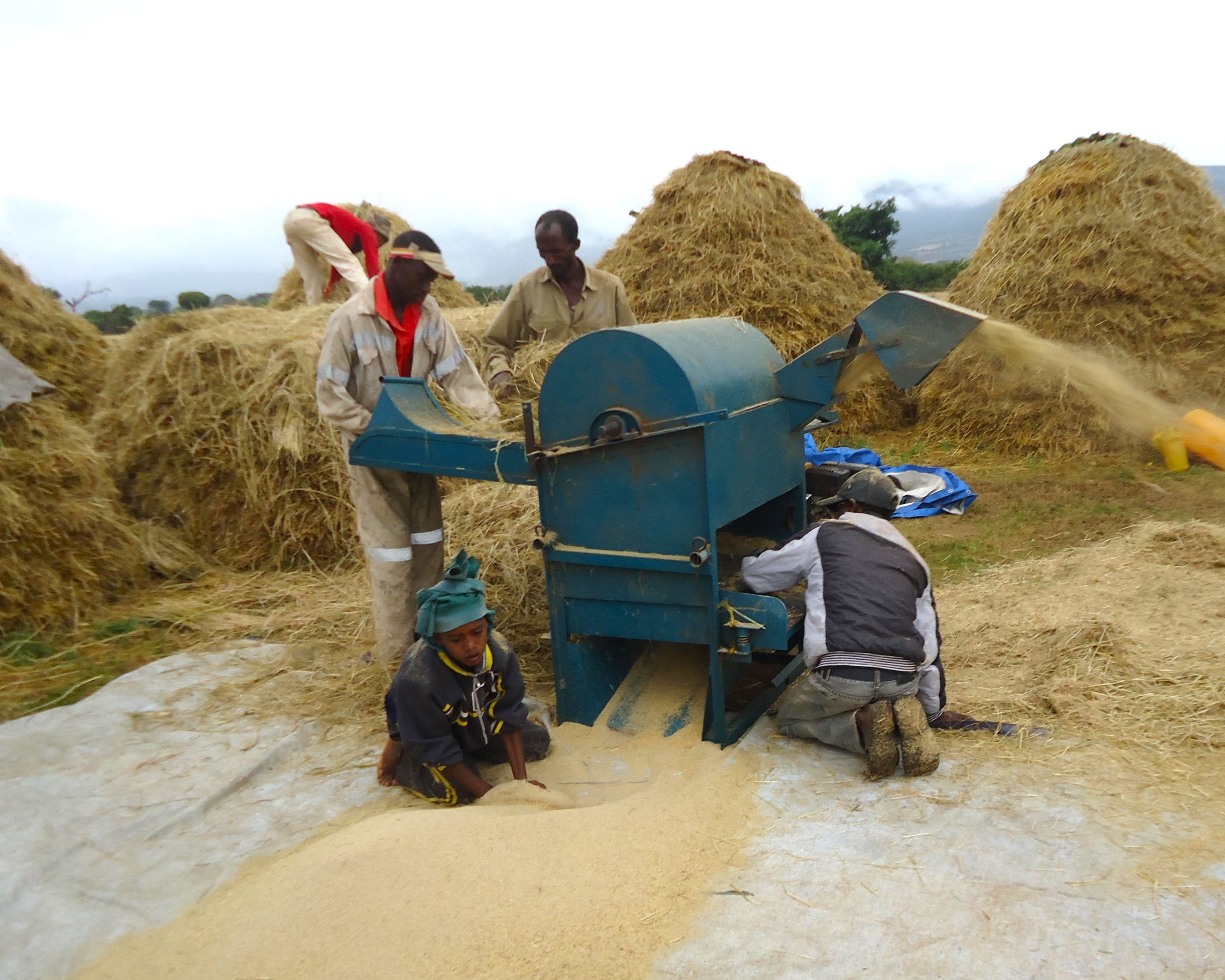 The rental service went beyond Shashemene to neighboring districts of Negele Arsi, Shala and Siraro in 2-3 years’ time, increasing the profit of the private service providers.  As the number of service providers increased in number and saturated the three districts, the service providers moved to other teff-growing zones seeking additional working hours in a year to maximize their profit margin. They travelled to distant places up to 320 km away from their home to Bale and Guji zones where the machine had not been introduced. Presently, adoption of the technology has reached West Gojam zone for maize shelling and East Shewa, West Shewa and South West Shewa for teff threshing.

The high adoption rate of the technology came as a result of the benefits associated with the advantages of quality produce which generates premium price, reduction of losses, and saving of human labor and oxen time. Furthermore, shellers/threshers generated job opportunities for machine operators and brought substantial income for their owners (Figure 1.)  They also brought job opportunities for local machine fabricators and maintenance service providers. Generally, threshers and maize shellers contributed to increased farm income, improved farmers’ working conditions and created a brand new rental service market with hundreds of new jobs. 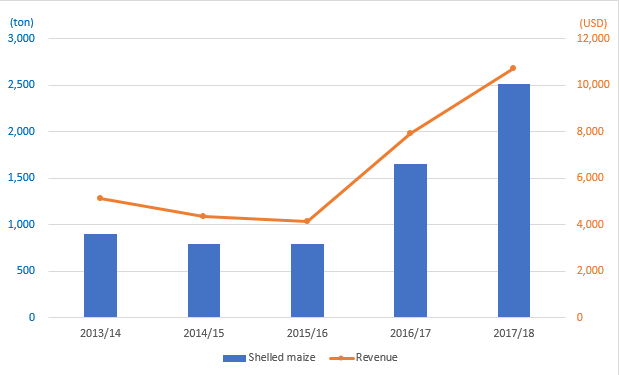 *Belg is the short rainy season in Ethiopia normally beginning in February, which lasts for 2-3 months.